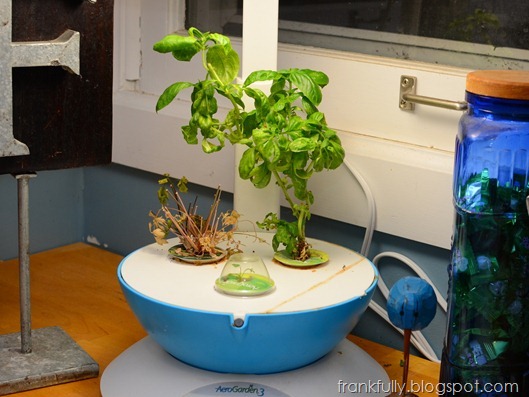 Well, my parsley has died. 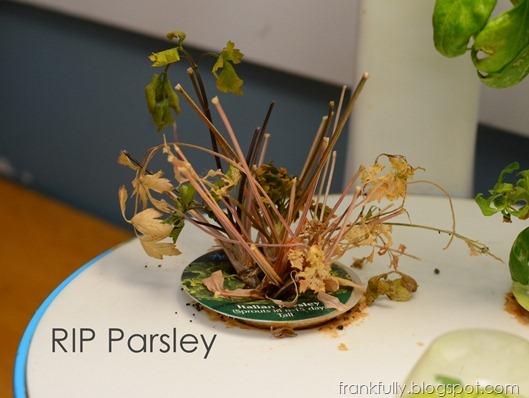 I truly did neglect it. And I never cooked with it. Poor parsley.

I do have recipes in my various America’s Test Kitchen cookbooks that call for fresh parsley, that’s why I tried to grow it.  Once spring and summer came, though, I was just doing a lot less cooking and never got around to it. I’ll find those recipes and count out the months until I think I’ll really get around to trying them, and re-plant parsley accordingly. I’ll keep you updated. In the meantime, RIP Parsley.

In other news, I don’t know what bugs were eating my basil, but I spritzed some watered-down vinegar on it, and there are no more little chew marks on the leaves and the basil’s grown quite bigger than it was a month ago! 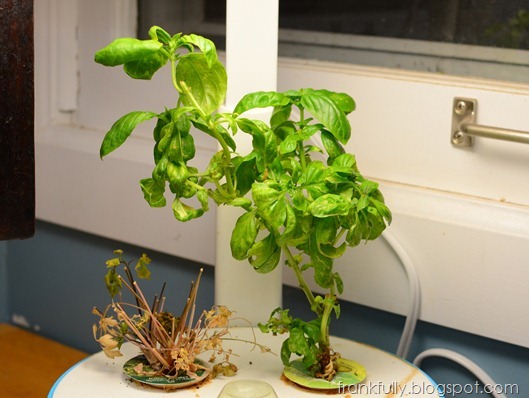 I know that I over-pruned it a bit to start off with…its main stalk isn’t as thick and hefty as the one we’re growing at work.  But it’s growing and I’m trying to encourage it as much as I can!

And here’s my baby cilantro sprouts! I feel like it’s growing kind of slowly, but here’s a little sprout! 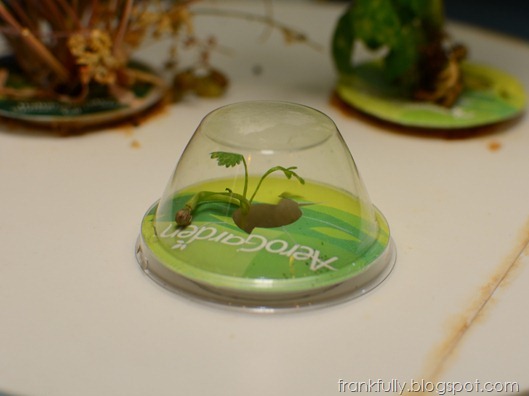 I used some leftover seeds from my first cilantro batch…planted in a blank/empty grow sponge. Only one of the seeds is really sprouting. Though, now that I think about it, the Aerogarden light is much higher because of the big ol’ basil, so that could be why the cilantro seems so slow growing.  So after I’m finished writing this post, I think I’ll prune the basil a bit so I can lower the light, and add a few more cilantro seeds.

For now, I think I’ll just cover up the parsley spot and leave it empty. But yummy fresh basil, tomato, and mozzarella, here I come!