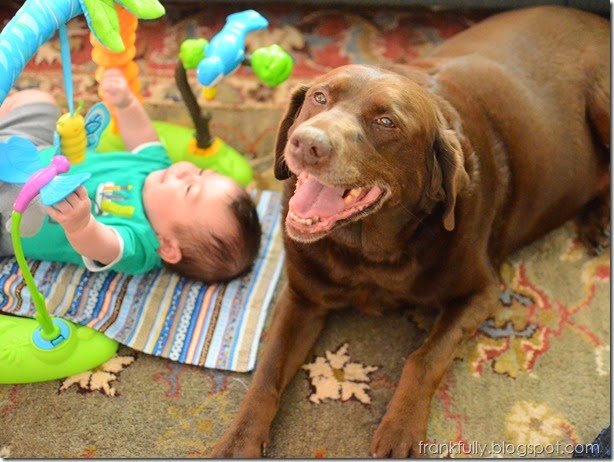 A quick happy birthday to Grounder who is 11…and Baby who is three months! 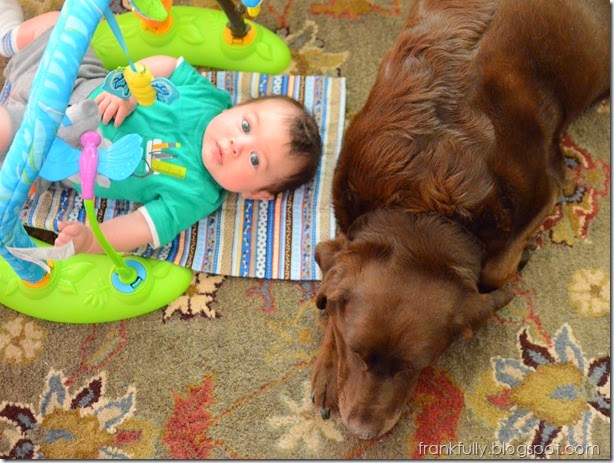 And to my friend Janis’s baby (toddler), Lincoln, who is 2!

Here’s one of my favorites from when he was just a day old: 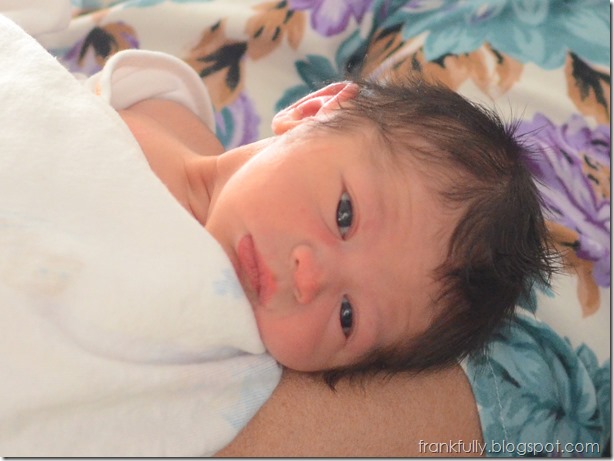 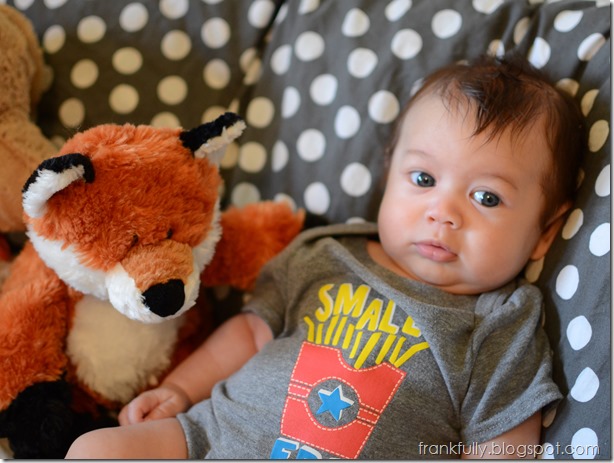 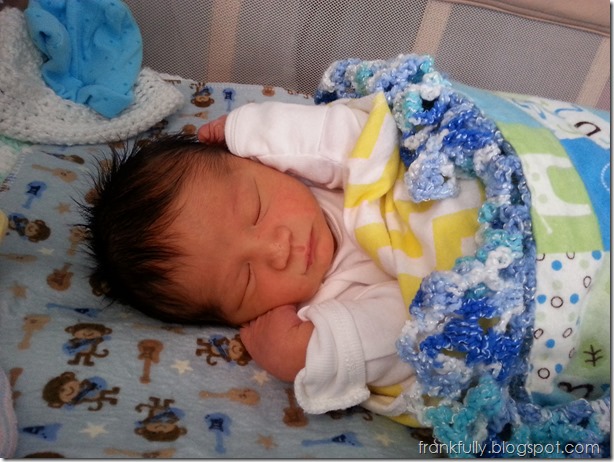 As I mentioned before, this little guy came a little early. He was due March 1st, I thought he’d be born March 7th, but in reality, he came on February 17th. So just for fun, I made Brian take pictures of us on his “due date”. :) 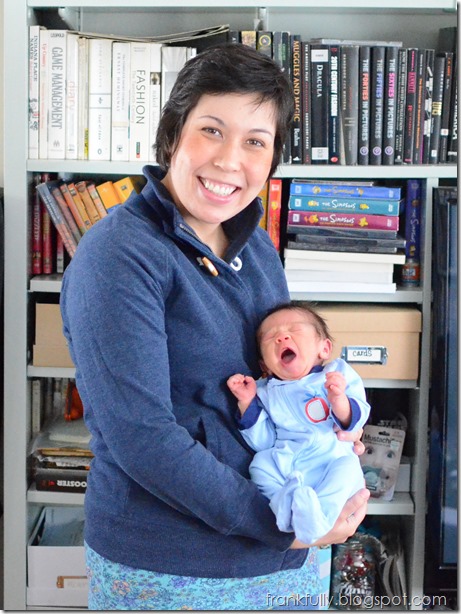 I’ve been documenting baby’s growth with weekly and monthly photos, which I’ll hopefully be sharing soon. I can’t believe nearly 3 months have already gone by!

Posted by Victoria @ Frankfully at 9:02 AM No comments:

Email ThisBlogThis!Share to TwitterShare to FacebookShare to Pinterest
Labels: baby

My first Mother’s Day was a pretty happy occasion. :) 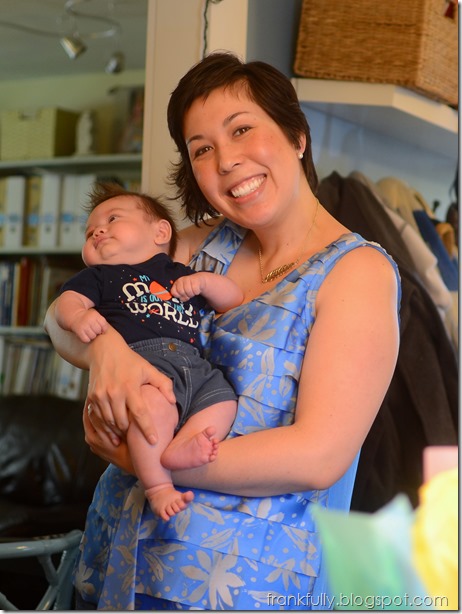 We had lots of fun with family. 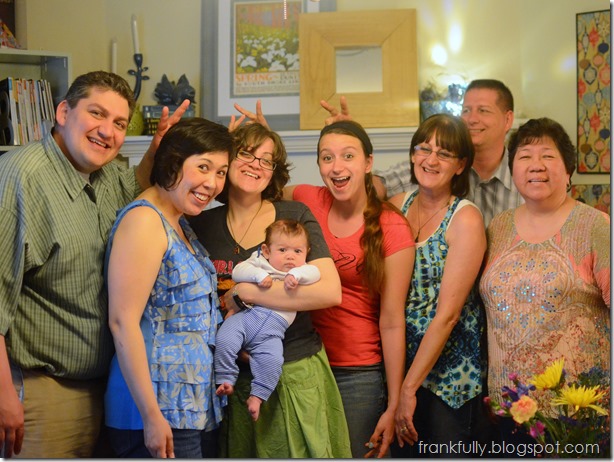 I thought it’d be fun to take a picture of the grandmas that was similar to some we took when we told them we were having a boy, so we did. 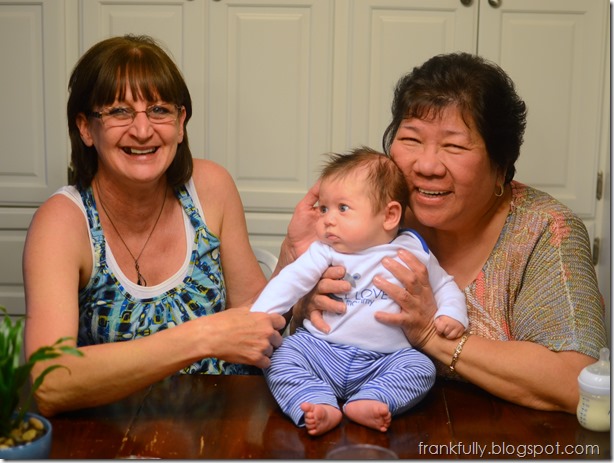 One of the best parts of being this boy’s mom is knowing he’s loved by so many people. :) 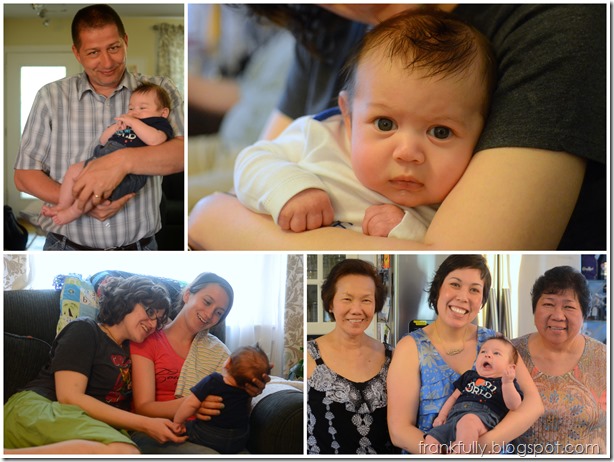 Posted by Victoria @ Frankfully at 12:23 PM No comments: