I’ve got a few fun little projects going on right now, but of course nothing that’s finished enough to share! So here’s a picture of my Aerogarden. 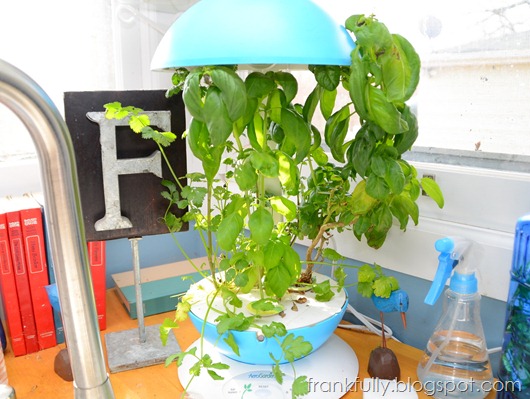 Isn’t everything so nice and huge? I actually put the top of the big basil plant outside of the light so I wouldn’t have to keep raising it. I wanted to keep the light as low as possible as the littler plants grew. And now they’re getting so big! I did a lot of basil pruning after this photo. Tomorrow I’m hoping to make basil and mozzarella stuffed chicken! I’ll tell you how it turns out!

And, as I was waiting for paint on various other projects to dry, I finally cut up 2 remaining Halloween pumpkins we had, and roasted them! I mostly wanted to roast the seeds, but felt bad wasting the rest of the pumpkin, so I Googled around and decided to puree them, following these directions (complete with great photos).

I cut the tops off the pumpkins and cut them in half.  (I scooped out the seeds for cleaning and roasting.) 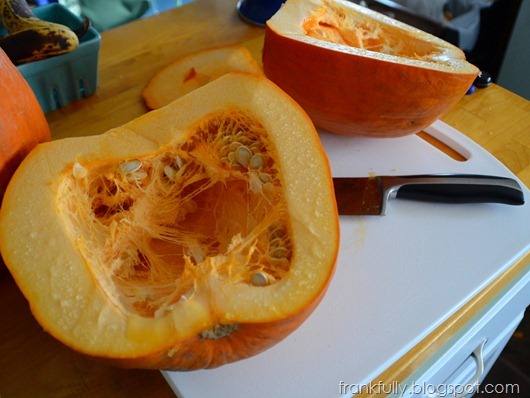 Then I placed them cut side down on foil lined baking sheets and covered them up with foil. I baked them in a 350-degree oven for about an hour and a half.

When I took them out, I let them cool for a while, then started cutting and peeling the skins off. 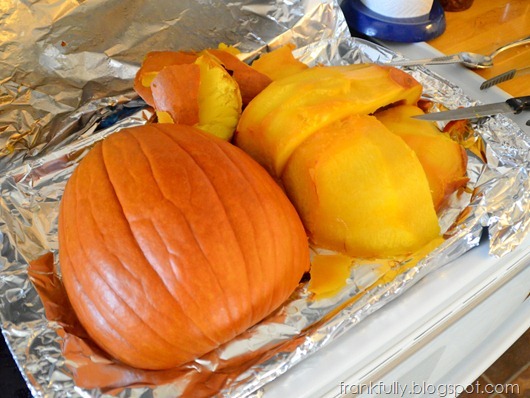 I cut the roasted pumpkins into chunks and pureed it in the food processor. 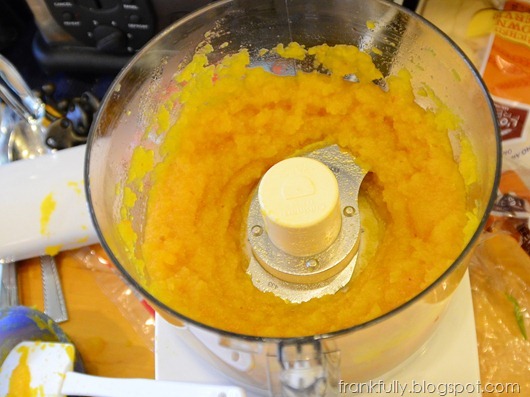 I scooped the puree 2-cups at a time into baggies. 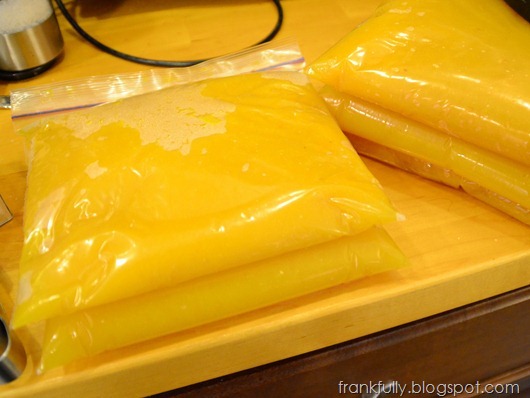 (And labeled the baggies of course!)

Some of the pumpkin puree is currently being used to make dog treats. (They’re still in the oven. Hopefully tomorrow, I can report how well they turned out!)  You can freeze the puree, but I plan on using it soon to make smoothies, butter, and soup. If they’re successful, I will let you know!

Have you been doing any seasonal cooking lately? Do you cook while waiting for paint to dry? :)

Posted by Victoria @ Frankfully at 5:16 PM