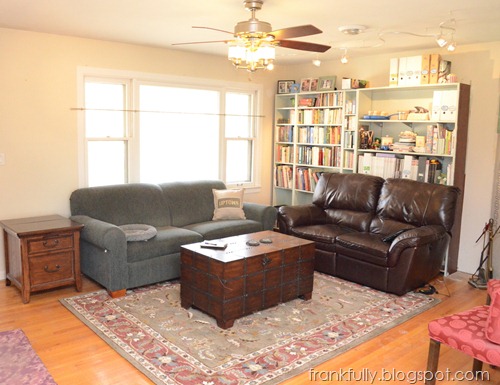 Valerie and I had a major shopping and decision making day yesterday, and then I did even more shopping on my own. Whew! Exhausting! But I’m excited with some of the progress and decisions we made.

We decided to stick with the rug. :) So it’s installed and in place. We moved around some of the end tables, and decided what new end tables we’re looking for. (A round one for the corner in between the 2 couches, and a mini one for my side of the couch, next to the fireplace.)  And even though the curtains were my original inspiration, we took them down. :) In their place will go some white or off-white sheers, and then real curtain panels, to be determined. We discussed other small changes, like lamps – a few of which were bought, but didn’t work out, so were promptly returned – that will happen after more of the major changes. All things in their proper order. :)

I think we settled on a final tile decision, which is a huge thing! Although I’m still wavering a bit between these and the penny tiles, these tiles from Lowes might win. They’re fun but a little less busy, they’re cheaper :), and in stock. I thought they were a little bathroom-y at first, but there will only be 6-8” of them, and they’re growing on me. 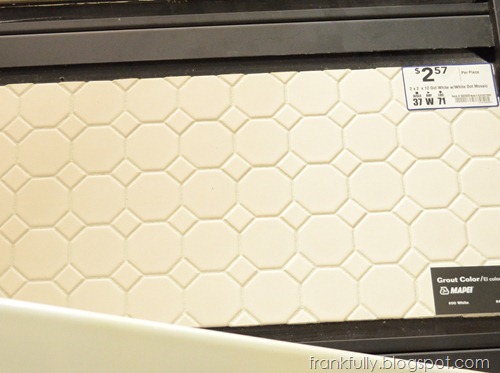 I also started checking out mantel kits which is getting me really excited about this fireplace!

And, I think we’re replacing the ultra-modern wavy Ikea track lighting with something more like this:

I’m excited, but there’s a lot of work ahead!
Posted by Victoria @ Frankfully at 5:26 PM