I haven’t done too much holiday decorating, but after our stint downtown Chicago, I was totally inspired to start. I even made a Christmas craft! 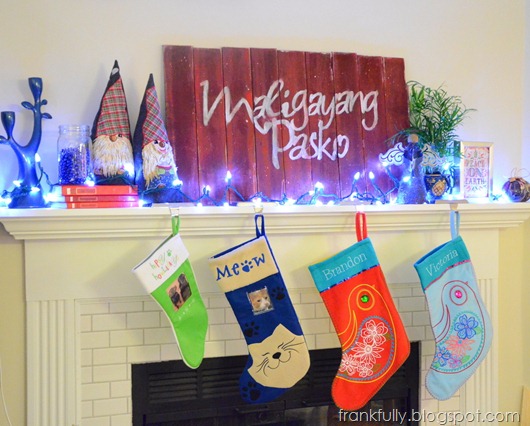 I made the “Maligayang Pasko” sign/décor the other night, and tomorrow I’ll show you how I did it! 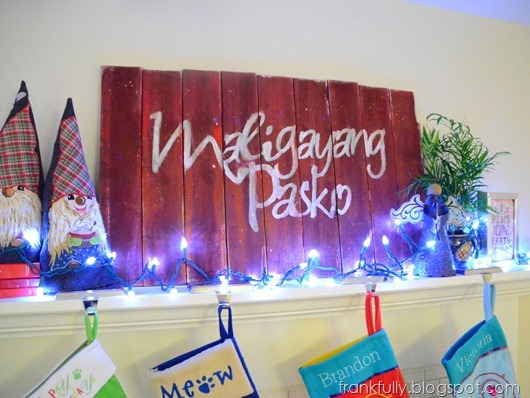 “Maligayang Pasko” is how you say “Merry Christmas” in the Philippines!

I’ve got a very multicultural mantel (well, at least two cultures). :) Next to my Maligayang Pasko sign are two Swedish Santas that I embroidered and sewed together a few years ago. 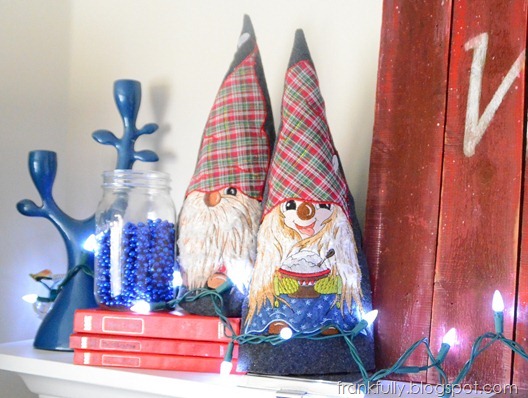 I made a spot for Katie Daisy’s “Peace on Earth” print (next to some Barbie ornaments). 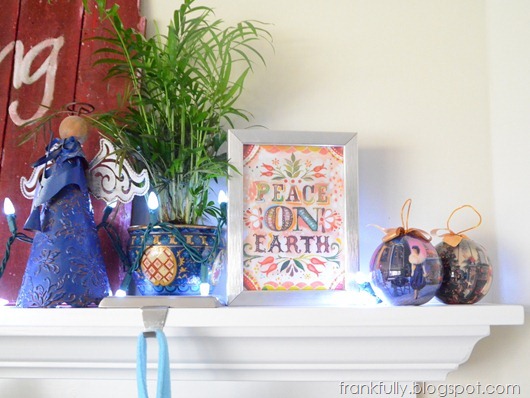 And no mantel would be complete without stockings, in our case a hodge-podge of 99-cent clearance stockings from Old Navy, which I embroidered with our names, and some removable-picture pet stockings that will hopefully last for many pets. :) 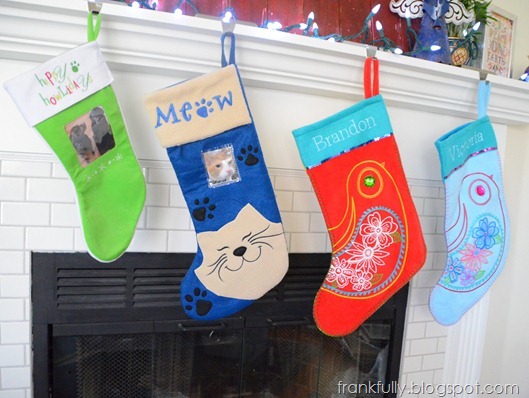 Before all this, I had just begun playing around, styling the mantel with my Spring in the Dunes print.  I was using various empty frames (well, filled with whatever the store had in them) and objects for height and scale. 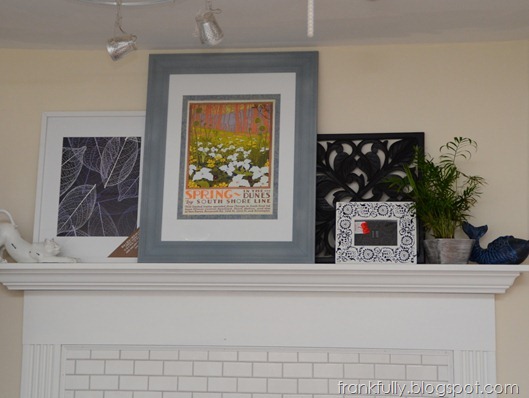 But I’m pretty happy to leave that project until after the new year and enjoy this for now. 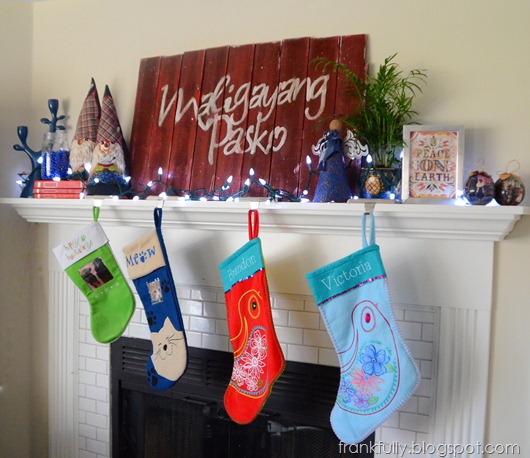 Now onto cleaning and decorating the rest of the house!

Posted by Victoria @ Frankfully at 1:55 PM