I realize it’s the home stretch here now for Christmas, and maybe it’s too late to order these things online, but I’m still posting some awesome books I found for my friend Janis’ little son, Lincoln. You might need some awesome kids books any time of year!

I found this set at Kohl’s, in their Kohl’s Cares for Kids section, where the proceeds to go charity. So it’s cute and you’re benefiting others when you buy! Win win.  Anyway, how cute, right? The Velveteen Rabbit and a velveteen rabbit. I couldn’t pass it up. 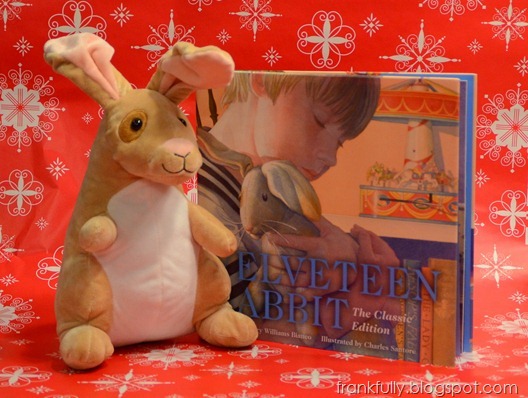 I think and hope that they’re still in the store, because I’d like to pick up another set or two before Christmas!

This was a Pinterest find! As soon as I saw some of the illustrations posted, I tracked down the book and couldn’t be happier! 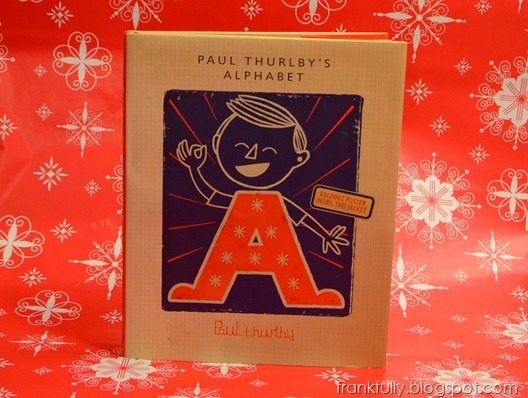 Who wouldn’t get excited about their letters when they’re illustrated like this? 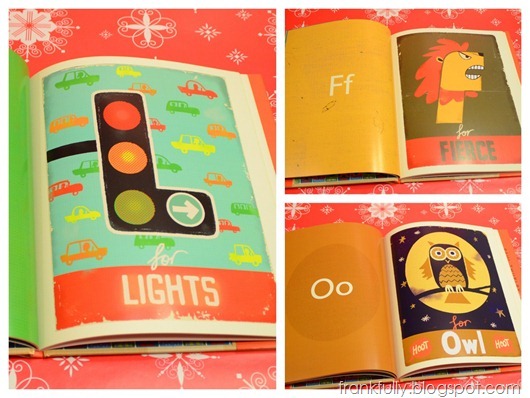 I found the book at Walmart.com where the dust jacket folds out into a poster with all the letters/pictures on it, that you could totally use to decorate your kid’s room! And it’s also on Amazon (but no poster).

ABCs from the Met

I found two different book of ABCs with pictures from the Metropolitan Museum of Art! How cool, right? Learning ABCs and getting some fine art exposure at the same time seems pretty awesome.  One’s a board book and one’s a hardcover. 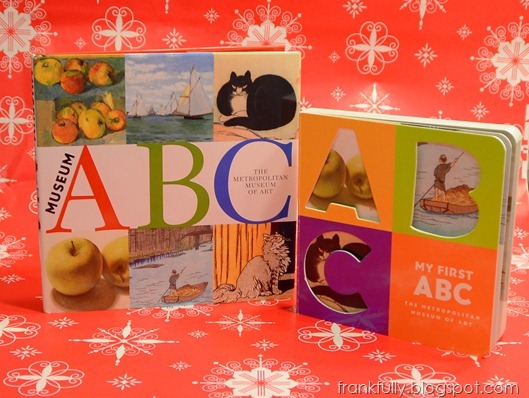 I also got him a copy of Of Thee I Sing, which I’ve gushed over before, and made him some name art that I will post about tomorrow!

In shopping for these books, I’ve also found quite a few more good ones that I’ve started collecting for his birthday, so I’ll post about those for you too! (Also, Janis, so you don’t buy them!) ;)

What good kids books have you found lately?