These all-veggie fajitas are one of the most delicious things I have made lately. They’re healthy and they’re so good, that you really don’t miss the meat!  I  haven’t made anything too terrible in my healthy-cooking escapades lately, but this is the first meatless meal that Brian and I have both found 100% satisfying – something that we would eat even if we weren’t trying to be healthy! 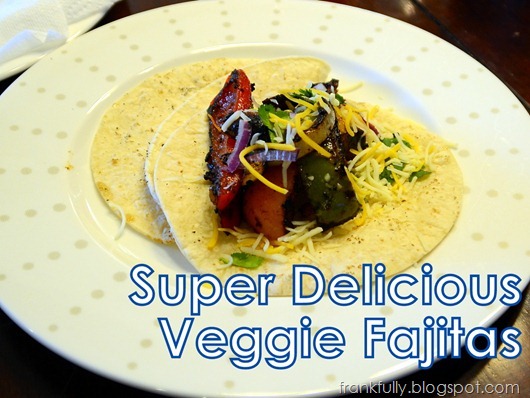 I was inspired by my friend’s delicious smelling tacos last week, so I decided to try some home-made fajitas…and hopefully make them kind of healthy by using just veggies.  I browsed the web (of course) and found this recipe for fajita spice mix and this recipe for some ingredients and cooking tips and then I adapted it all for myself.

Here’s what I did:

I tossed all that stuff in a gallon Ziploc bag with some olive oil so all the veggies were nice and coated.

I heated up my griddle pan to just under high (8 or 9 on my electric stove) with some olive oil.  Then I proceeded to cook (and nicely char…nicely nicely charred) all the veggies. 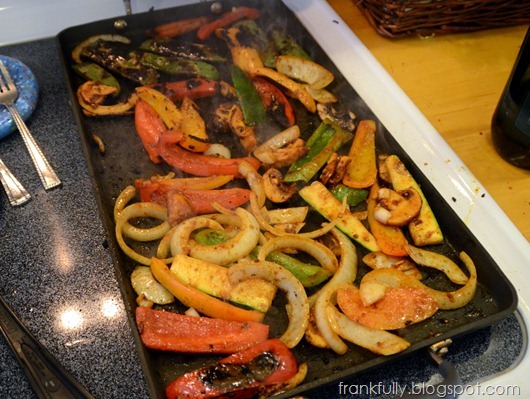 All those veggies made a LOT of fajitas.  Brian and I totally overate and there were still plenty of leftovers…but that was good for us: easy lunches the next day!

Here’s the veggie pile beginning…like I said, they were very charred…and super delicious! (I was eating them right off the plate as I was cooking!) 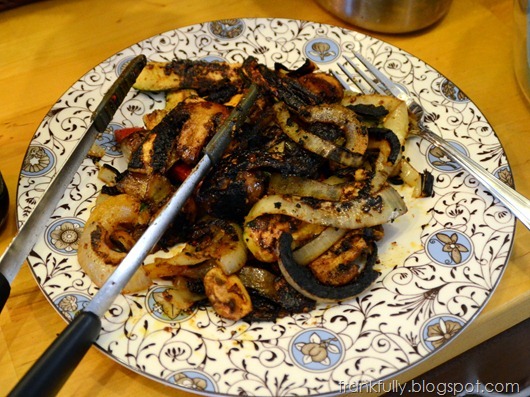 To serve, we heated up some white corn tortillas in the microwave (and I fried a couple, too, in the pan…which of course were delicious), added some chopped fresh cilantro, some thinly sliced chopped raw onions, and a sprinkle of Mexican cheese. 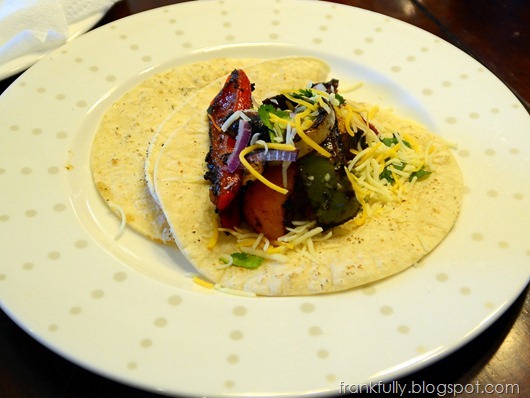 This amazing veggie fajitas are currently one of our favorite meals! I’ve made them twice in a week, and we’ve been eating all the leftovers in between!

Are you into trying a meatless meal…if it tastes this delicious??? :) Have you been doing as much cooking as I have lately?

Posted by Victoria @ Frankfully at 9:32 AM

Email ThisBlogThis!Share to TwitterShare to FacebookShare to Pinterest
Labels: cooking